AKA How I managed to survive an armed toddler.

I hide a gun in my house, it’s in a safe place.

I have a gun (Smith & Wesson Shield) hidden in the top drawer of a chest of drawers by the main hallway. It’s conveniently located between the bedroom and the entrance door. It’s there for auto-defense, it is in a safe place and -most importantly- it’s out of the reach of my kid. … at least this is what I thought until June 26th, 2016.

I was shot in the morning

That day, early in the morning, I was having breakfast with my wife. The kid was playing in the living room, going in and out of the kitchen with its toy cars. He couldn’t find a second to sit down and have a regular breakfast with the two of us. The milk in his cup was getting cold.

A lovely breakfast, pleasant conversation with my wife. Life, plans, grocery-shopping, who buys what, holidays at my parents’ house … just imagine anything pleasant you could fill a morning breakfast with.

A pleasant, quiet moment. Maybe too quiet. Just when my thoughts were beginning to be a bit less light and more like: “Where is the kid? What is he doing? Why is he so quiet?” … my wife’s face went pale. I heard my son calling me: “Daddy!”. He was smiling at me. The same sweet smile that had my heart melt so many times in so many different occasions.

But that very same smile got my heart stopping that day. In front of his beautiful smile, he was holding the Smith & Wesson. He was aiming right at my face.

That morning was the climax of a social experiment started few months before.

I am against guns

I am totally against human beings carrying guns and weapons for self defence.

How a gun got its way inside my house

My son is a huge fan of police officers and firefighters (like most of the kids out there…). Many months ago I decided to buy him a present: I went into a toy shop and bought a complete police-themed toy set: hat, badge, sunglasses, and, … a gun.

We do not allow our kid to play with guns so before getting home I opened the toy set, took out the gun, and walked up to the garbage can at the mall.

I was about to drop the gun in, when I suddenly felt really uncomfortable: there were so many people around me … what if they thought that it was a real gun ?!? or what if someone saw the gun in the garbage bin? I simply couldn’t do it. I was being really paranoid! so I told to my self “I’ll toss it in the garbage once I’m home”.

A gun for a good cause

We’ve all read plenty of stories about kids playing with their parents’ firearms getting shot or shooting their siblings, friends or parents.

How in the world is that possible? How could you possibly let your own kid find, and play, with a deadly weapon? My priority is the well-being and safety of my family. There is no way in this world that my kid would be able to put his hands on a such a dangerous thing like a gun!

As a matter of fact, I’ve never seen my kid playing with deadly chemicals (soaps and detergents) or drugs and medicines we have at home. A gun would be no different!

I am in full control of the things that may be dangerous for my kids in my own house.

That is how I decided to start my own little social experiment.

I found a safe place for the (toy) gun. Top drawer of a chest of drawers (containing nothing but linens). A place way out of the reach of the kid.
I told everyone in the house to treat the gun as a real gun.

No one would speak about (or make reference to) the gun in front of the kid. No one but me was allowed to take it out of the drawer. I also pulled it out of the drawer sometime at night, pretending to load it, check if everything was in order (fake bullets and all). It felt really awkward sometimes, but that is how you do science in the wild 😉

That is how many days it took my 3.5 yrs old kid to accidentally find the gun I was hiding in the chest of drawers (far from his reach) in the hallway of my own house.

I was shot in the face

Yes, he was aiming right at my face. He pulled the trigger and he somehow killed me. Or at least he killed the part of me convinced to have full control of the dangers hiding in my house. With a quick gesture the gun was replaced with a cookie, and the gun finally found its way to the trash.

What I learned from being shot by my kid 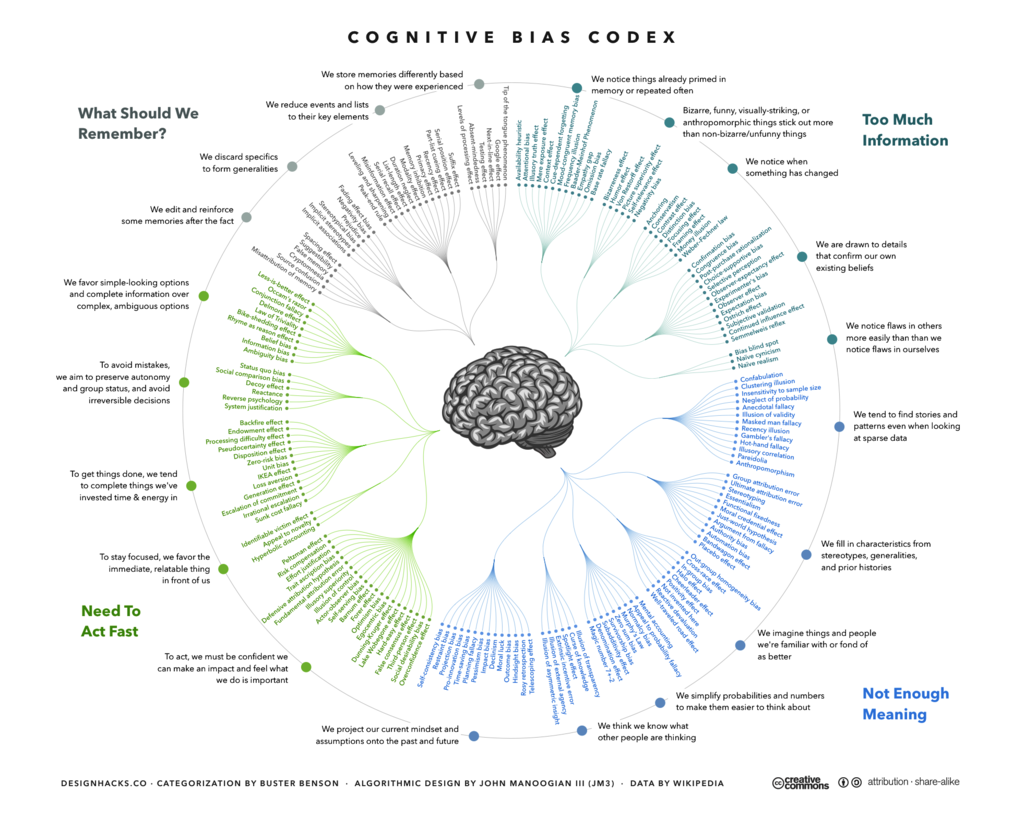 I’ve learned on my own skin something that I already knew since a long time: the “Illusion of control” bias (part of the greater family of the “overconfidence effect” – see wikipedia for a list of cognitive biases). Briefly, we over estimate the correctness of our judgments and we create a strong illusion of being in control of things and events upon which – in reality- we have little-to-no control.

While at first this may seem horrific, it is indeed functional for the development of a healthy human being.

This illusion protects us from falling to pieces (see Generalized anxiety disorder) or freezing into a no-action state when confronting the uncertainty of every day’s life.

This was also nicely depicted in Home (movie), when the alien  named Oh states that “the Boov’s core belief is that if the probability of an endeavor’s success is less than 50%, one should always give up” (excerpt adapted from [Home Movie Review (2015) | Plugged In], while the stubborn human being simply ignores any percentage and pursues her endeavours with low probability of success.

While we strive to raise our kids in a gun-free environment, a couple of playdates after I was “shot”, we found our kid happily playing with a perfect toy-replica of a big automatic rifle at a friend’s house.

All of the pictures in this post are from unsplash.com. Check it out, it’s really an awesome resource!